Because we are member-governed and member-controlled, our members' focus on the price of electricity drives our focus on costs. 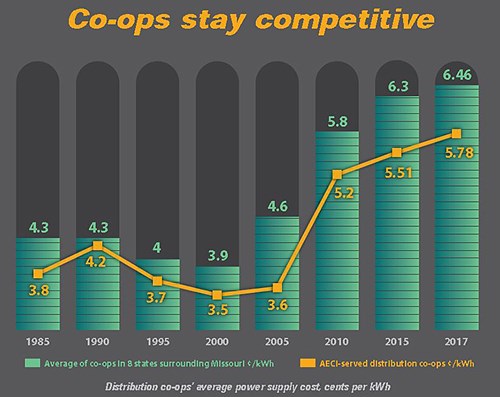 We CARE about the environment and constantly seek ways to improve the efficiency and environmental performance of our units.

In fact, we have invested millions of dollars to reduce nitrogen oxides, sulfur dioxide and mercury emissions.

Since 2008 Associated has offered member systems the Take Control & Save program to encourage and support energy efficiency measures that help them save on their electric bills. Associated and participating co-ops have invested more than $60 million in the program since 2008, and these investments to date, such as Energy Star appliances and weatherization improvements, are projected to save more than 2 billion kilowatt-hours of electricity during their lifetime.